We want to work in ways that avoid image degradation. We want our images to be sharp where appropriate, and we want to be able to control how the viewer sees the image. Any good camera today should be capable of making a good image. So, let's look at things that affect our image making in the first place. 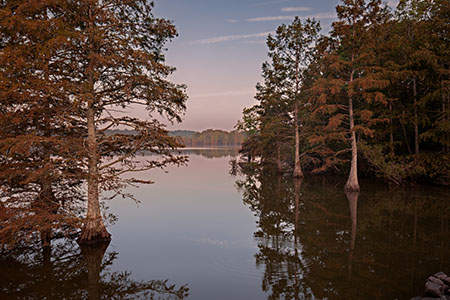 Tripods - No hand held image can be perfectly sharp as our heartbeat, breathing and other factors make it very difficult to stabilize the camera. To start we should put the camera on a tripod. This eliminates us from the situation. Adding a remote release of some kind and some other factors like mirror lockup will add to the stability of the camera during exposure. Any image movement, no matter how subtle, will degrade the image quality, and the longer the exposure the more damage will be done. Popular imaging effects today include using neutral density filters to allow for extended time exposures. These blur anything moving within the image, but we want to be sure that non-moving subject matter remains as sharp as possible. Not all situations a conducive to shooting with a tripod, but using one where possible will improve your imaging.

Mirror Lockup - In a DSLR the mechanism in the camera that moves the mirror out of the capture path can introduce camera body movement. While this may be minimal in most circumstances, and a very small percentage of the exposure as times get longer, it can be an issue with shorter exposure times. Locking the mirror out of the image capture path before exposure ensures that mirror induced camera movement is not an issue. Watch for this to be an issue with flash married with ambient exposures.

Shutter speed - Obviously, shutter speed is a consideration, especially if the camera is hand held, or the subject is in motion when the capture is made. This is true of sports photography, wildlife, and similar situations. Higher shutter speeds will help us stabilize the image, but the question is always where the breakpoint occurs. One "rule" is to opt for a shutter speed equal to or higher than the lens focal length. In other words, for a 200mm lens you want the shutter speed to be 1/200th or shorter. I usually consider another stop faster to be a better choice, but this is for static images. Again, if anything is moving the parameters change. For aerial photography, for example, I prefer 1/1000th or shorter, and the same would apply to sports and wildlife. Even higher speeds will simply make the image better, especially as the focal length increases.

Aperture - Depth of Field - Choice of aperture when shooting has a number of affects on image resolution. Most obvious is depth of field, or the apparent area of sharpness throughout the image. For some subjects like portraits, sports and wildlife, wider open apertures provide smaller areas of sharp focus which render the non-subject areas less sharp in a desirable manner. In landscape photography you might want greater depth of sharp focus. The same is true of architectural subject matter, or if groups of people are involved. Now the appropriate aperture must be chosen to render the subject sharpness desired. This will obviously affect the choice of shutter speed, or the ISO. Depth of Field is generally not well understood and there are now apps available to help you make decisions.

Aperture - Diffraction - Diffraction is the spreading of light passing the edge of an aperture. The visibility of the diffraction depends on the relationship between the light wavelength and the size of the aperture. For photographers this translates to a dispersion of the light onto sensors adjacent to the sensors intended for image creation. The result is a softening of the image resolution.. The effect can be analyzed and an aperture setting can be determined where the effect becomes destructive. This is known as the diffraction limit. In film the random distribution of silver particles made this irrelevant, but with the structure of the digital sensor array the effect becomes an issue. Closing down the aperture beyond the diffraction limit begins to degrade the quality of the image. Closing down beyond the necessary aperture for depth of field can be useful for imposing longer exposures for effect, but at a trade-off for best resolution.

Auto-Focus - The auto-focus system in a camera generally uses contrast to determine the point at which an image is rendered as sharp. The shortcomings of the system are many and even high end cameras with sophisticated multi-point focusing arrays are subject to significant failures. Most systems choose the point closest to the camera as the preferred result if there are multiple results. Preferring the more accurate central focusing point and insuring that the point is accurately positioned on the desired sharp subject will produce the best result. You need to pay close attention to where the camera is focusing if you are going to rely on auto-focus. Manual focus is almost always preferable to auto-focus for accuracy. Where available, an enlarged image in live view mode will allow the most critical results. Where to focus is another question. In landscapes where the subject may be the whole scene, understanding depth of field can help you make good decisions.

Noise - Noise can be created with higher ISO choices, but is most significantly effected by processing where increases in exposure are needed. Underexposed images capture less information which is revealed as noise when expanded by increased exposure. Gaps created in the image detail are what we see as noise. Exposing your images for full information capture will result in minimizing noise. This is sometimes referred to as ETTR, or "Expose to the Right". This is a concept where you utilize the full range of capture capability in the linear digital file by exposing as far to the right side of the histogram as possible without overexposing the image. 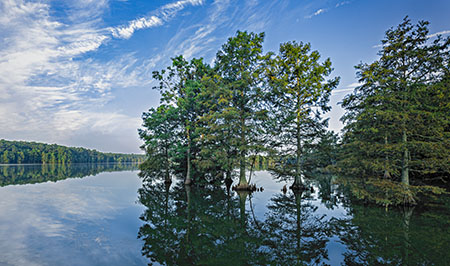 Rules - Rules stifle creativity. Ansel Adams said "there are no rules for good photographs, there are only good photographs." Rules are derived from art, not the other way around, and while the rules may help you learn in the beginning, they become roadblocks to creativity if you hold on too long. Freeing yourself to simple experience will generate creativity. Dedication and enthusiasm are your best friends.

Expectations - If you have ever gone out looking for a particular subject or mood to photograph you will likely recall the day as one of failure. Being open to discovery beats expectations every time.

"Expectation is the root of all heartache" - Shakespeare

Once the image is captured we need to deal with processing in ACR or Lightroom. Process to do as little damage as possible to the image to be saved or output to Photoshop for more work. I recommend doing as much as possible with the raw file as you will never have as much information as you do the start. Once in Photoshop you need to work non-destructive and do your best to preserve detail. Output to finished files, especially to jpgs, requires attention to settings that might increase contrast or lower image quality.